Antwerp-based freight forwarder UCOMAR recently helped in the transport of an outsize shipment from Japan to the Netherlands. 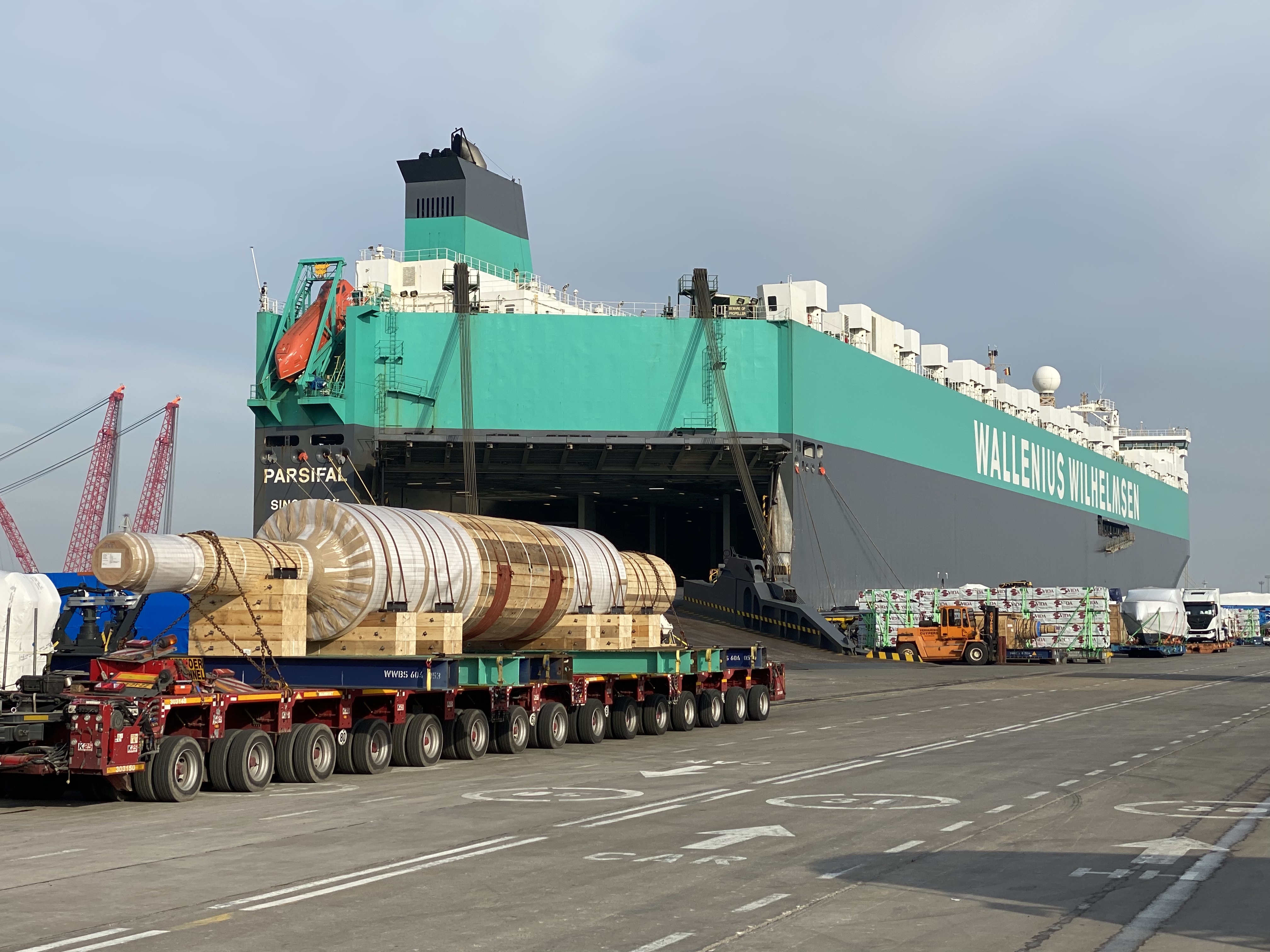 The cargo was a huge roll measuring 17.6m by 2.4m by 2.2m that will be used to shape steel plates at its final destination, a maritime yard in the Netherlands. UCOMAR oversaw the handling of the project cargo at the port of Zeebrugge, the consignment having been shipped to the Belgian gateway from Japan on the Wallenius Wilhelmsen ocean-going vessel Persival, as well as its onward transport to Holland.

At Zeebrugge, the cargo was unloaded from the Persival and transferred immediately onto a barge, the Forza, with the help of a combination truck and hydraulic trailer with 19 axles as well as two 750-tonne heavy lift cranes.

Since the unit would be handled in Zeebrugge and at its final destination, only two mobile cranes could be used instead of a single floating crane, and Ucomar took the lead on the rethink of the optimal lifting points.

To spread the enormous weight of the cargo – 271 tonnes – special steel beams were fitted in the barge to provide support. The consignment could then be moved by barge to its final destination, the Dutch shipyard. 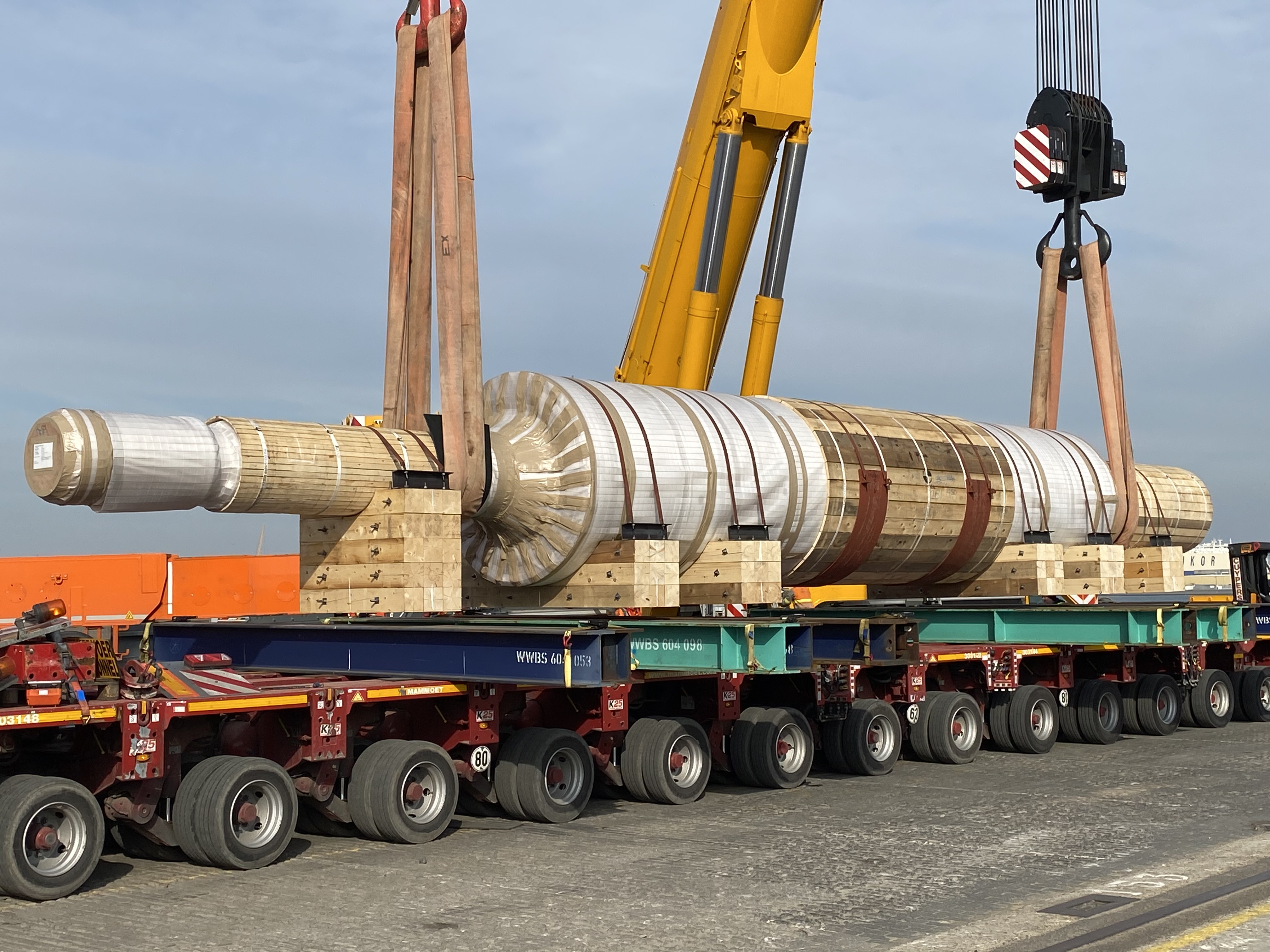 UCOMAR helped out in the shipment – which involved close co-ordination with the shipping line, a heavy haulage carrier, crane and barge operator – for a client with which it has worked for many years.

The time pressure involved was acute, recalls UCOMAR owner and operations manager Erik Wullaert. First, the consignee had expected delivery much earlier than was actually possible, due to fabrication issues partially caused by Covid. Second, due to congestion in Northern Europe, the shipping line changed its schedule at the last minute, but insisted nevertheless on a direct delivery once the vessel arrived in Zeebrugge.

In fact, the cargo had been scheduled to arrive in Belgium the week prior to Easter, but due to congestion on European terminals, everything had to be delayed at short notice until just after the holiday weekend.

The timings were not the only challenge, Wullaert notes. Though the consignment was extremely heavy, due to the specific outreach capacity of both mobile cranes, a ‘narrow’ barge that was still able to accommodate the weight needed to be found to fit into the last-minute-adjusted vessel rotation dates. The change in vessel also had to be arranged quickly and at minimum cost.

Despite the challenges, thanks to UCOMAR’s ability to respond quickly to all challenges, the consignee was “very satisfied with the service provided, as was our client”, Wullaert notes.