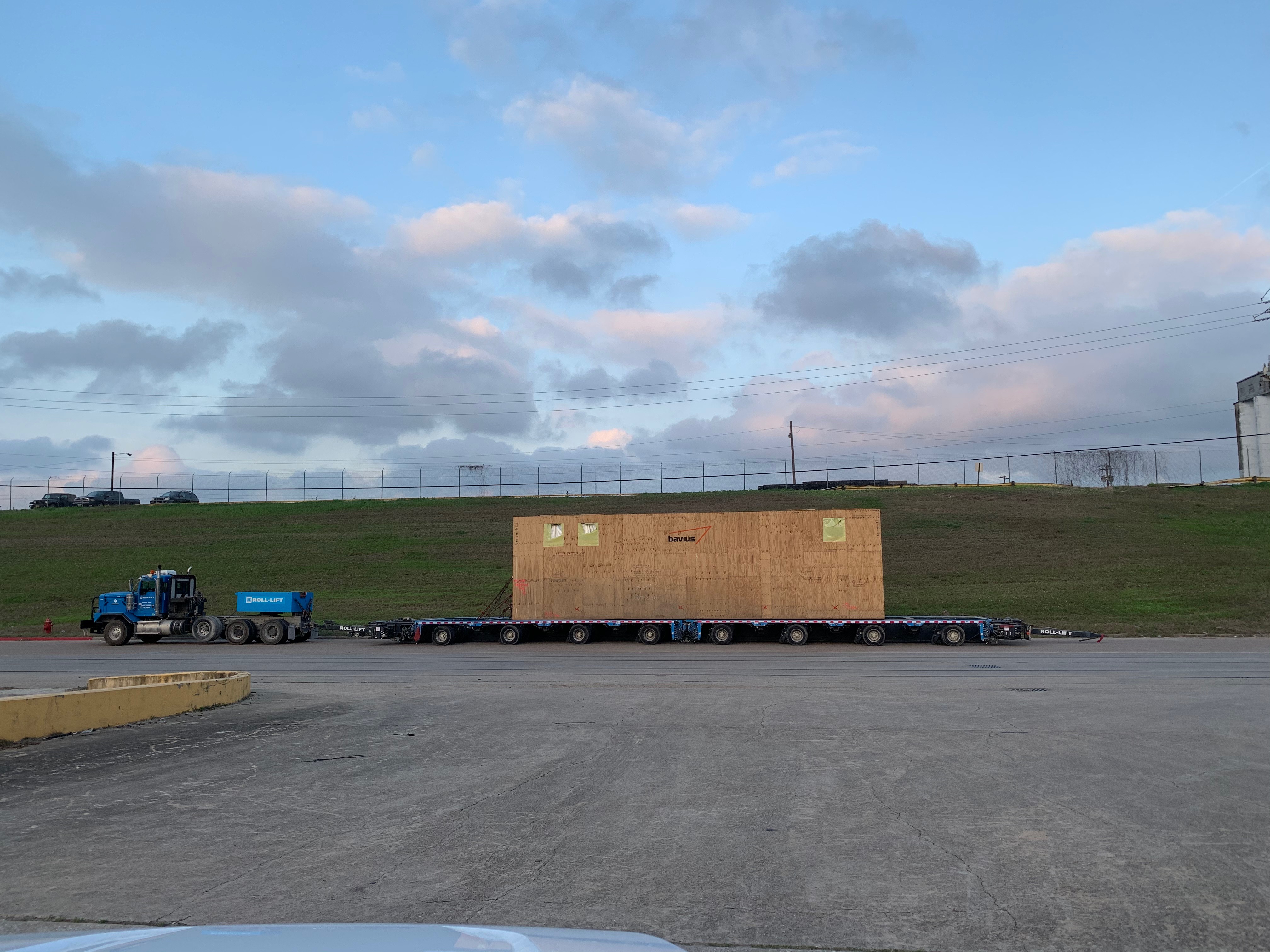 Cargo on trailer in the Port of Houston, Highland Forwarding

Highland Forwarding, an IFLN Network and IFLN Global Projects member from the US, recently moved a 96-ton piece of machinery from Houston to Oklahoma City.

The cargo – a machining center for metal working – had originated in Germany, arriving in the US at Port Houston.

Highland Forwarding had worked on the bids for this job for several months at the end of last year, and having proved successful in its tender, handled the project shipment when it arrived at the port on 1 February this year.

“We researched all possible trucking options and chose the most reliable and cost-effective provider,” recalls Highland Forwarding president Radek Maly. Moreover: “Our expertise in the Houston project market helped secure this order.”

A dual-lane trailer had to be used to move the outsize cargo, and the forwarder worked hard for approximately eight weeks to secure the appropriate permits, due to numerous re-routing changes being required by various towns and counties as a result of various road construction projects.

This was actually a bit unusual for Texas and Oklahoma, Maly notes. Permits for cargo of this size normally take roughly four weeks to acquire in these states. “But in this case the various jurisdictions kept coming back with changes to the route. That is why the machine had to wait in Houston port an additional two weeks.”

Nevertheless, in the end, “Everything worked perfectly,” he says. Transit on the 500-mile route to Oklahoma City took about five days, with the cargo delivered to the consignee safe and sound before the end of February.

“This was a typical order for us and our project division,” says Maly. “We have handled numerous shipments like this over the years, including even bigger items, such as windmill blades, over 300-ton heavy generators and the like.”