Clippers and BTG Partner on Boiler Shipment from Germany to Argentina 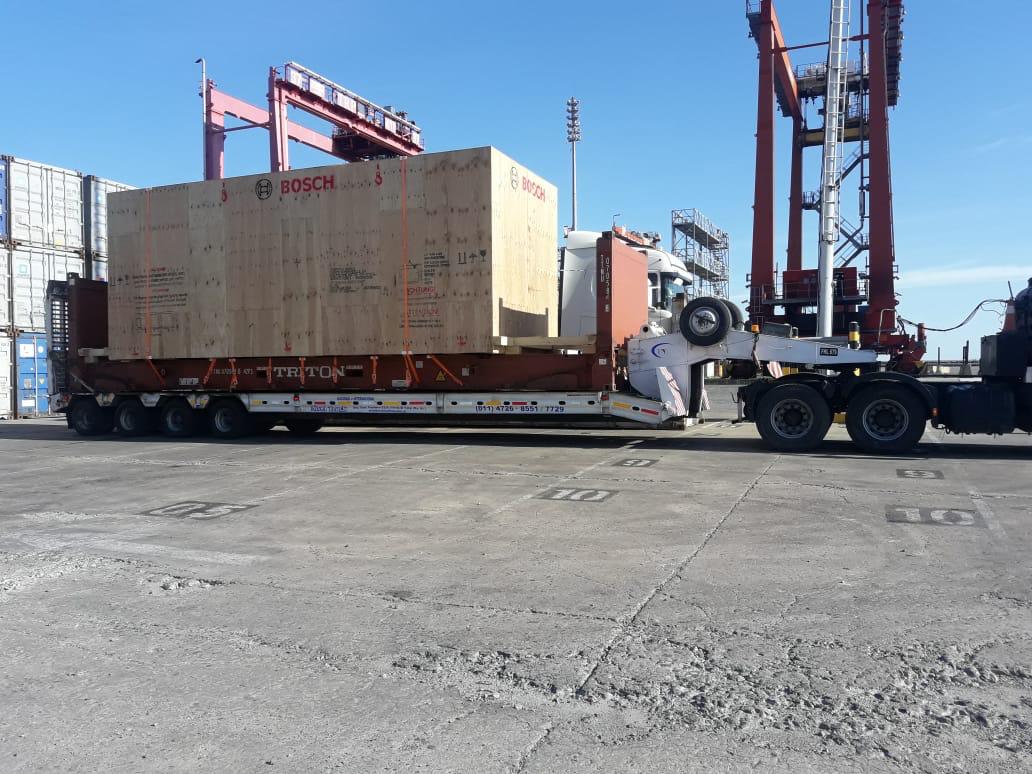 IFLN Network member Clippers Argentina and BTG International Spedition Germany have once again collaborated on the movement of an out-of-gauge cargo across continental divides.

The two IFLN members have a long history of successful cooperation, and the recent transport of an outsize boiler from Germany to Argentina is just the latest example of how fellow cargo agents of the IFLN family can work together for the benefit of all.

Federico Boettner, Clippers Argentina’s project logistics manager, takes up the story. “One of our oldest clients – an investment bank – again nominated Clippers Argentina for the FOB [free on board] transport [of the boiler] from Germany to the final destination, a paper manufacturing company in the Province of Buenos Aires.”

The shipment consisted of a pyro tubular boiler plus accessories, received in the port of Hamburg and then shipped by sea in a single 40-foot flatrack out-of-gauge (over-width and over-high) container, as well as two in-gauge containers.

“For this shipment, we had the usual assistance of IFLN Global Projects partner BTG,” notes Clippers director Captain Jorge Miranda, “which met all operational and documentary needs” for a safe and efficient shipping process.

“Having BTG on board also offered competitive advantages at the time of tender to the customer,” Boettner says, “which tilted the preference of our client in favor of Clippers and the IFLN Global Projects network”.

The shipment was handled as planned at Hamburg but, upon arrival in Buenos Aires, there was a challenge to be overcome. There had been an unforeseen delay in the construction of a new, elevated highway leading away from the port terminal, and the unfinished highway would not take the height of the 40’ flatrack cargo.

This required an emergency re-think. The entire shipment (including the particularly tall container) was moved to a warehouse adjacent to the port terminal where the over-dimensional cargo was moved from the 40’ flatrack and loaded onto a flatbed trailer, which would be able to pass under the unfinished elevated highway.

High storage costs and other additional expenses that would have been incurred at the port terminal waiting for the highway to be completed were thus avoided. It also meant that the delivery schedule was not delayed.

As a result of all this, the cargo arrived in perfect conditions as planned and to the full satisfaction of the client.

“Once again, Clippers, working together with a member of the IFLN Global Projects network, in this case with BTG Germany, was able to obtain the desired result, with total satisfaction for the client,” Captain Miranda concludes.