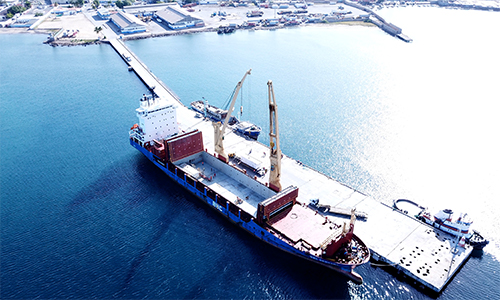 The multimodal cargo agent proved successful in winning the business in a bidding process in Bolivia that dated back to mid-2017, helping to ship a valuable oil rig all the way from Santa Cruz de la Sierra in Bolivia to Puerto Sucre in Venezuela. The scope of work was to oversee the dismantling and packing of the individual pieces of the rig for transport at the site of origin, minimizing the height of the load where possible and grouping small items in baskets, as well as the consignment’s transport overland from Santa Cruz de la Sierra to the port of Iquique in Chile — a distance of 1,160 km. Then, the task was to ship the freight on a chartered vessel from Iquique to Puerto Sucre through the Panama Canal and finally oversee the destination port operation, customs clearance and delivery on site.

VILCA was awarded the handling of the freight at destination, and there was no shortage of challenges when they took over the task of seeing the cargo moved safely and securely from the port of arrival to final destination.

In fact, VILCA handled the ship’s needs in port and liaison with the port agent (dealing with all the required documentation, payments and services coordination with tugs and pilot, for example), stevedoring, Customs clearance, the movement of the freight inland from Puerto Sucre to Palital, Venezuela (with more than 130 truck trips, 38 of them with Lowboy trailers, required for a distance between the two locations of 412 km). VILCA also oversaw the unloading of the cargo at the job site with cranes and crews required at the final destination to unload the rig pieces and associated pipes. 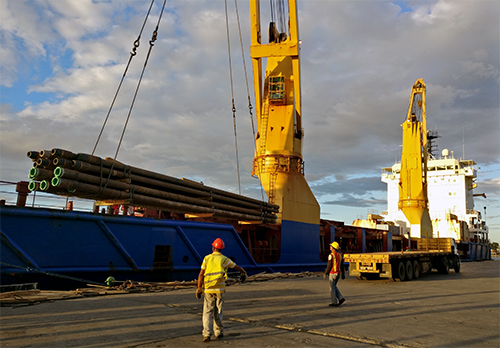 The challenges of that road movement were great — for example, seven pieces of the cargo were a mere 6 cm lower than the height of a bridge that was impossible to avoid. The oil rig itself weighed in at 2,440 tons and was dismantled into 156 individual pieces. In addition to that, the shipment included 206 separate bundles made up of no less than 2,188 pipes. The cargo had to withstand the rigors of the road of Bolivia, Chile and Venezuela, as well as the sea journey.

Inspite of the opposition that VILCA experienced regionally, VILCA handled everything from Puerto Sucre to final destination in just 10 days without any damage to the cargo. Their success confirms their service as an upstanding IFLN member. The job was done to the “full satisfaction of the customer”, confirms VILCA general manager Juan Polese. In fact: “We have had positive feedback from everyone involved,” he says, and “We finished the operation in less than half the time than expected.”