Working together with fellow IFLN member forwarders is always mutually beneficial, as many of the articles published on this website demonstrate time and time again. Further examples are to be found in the collaboration of Buenos Aires-based Clippers Argentina with two other IFLN cargo agents, Buyers Scandinavia and Paris-headquartered Herport, on a number of recent shipments.

"One of our good customers, an investment bank," Captain Jorge Miranda, Clippers Argentina's managing director, began, "asked us to organize the shipment of two consignments of equipment to a mine in one of the most inaccessible parts of the Andes." 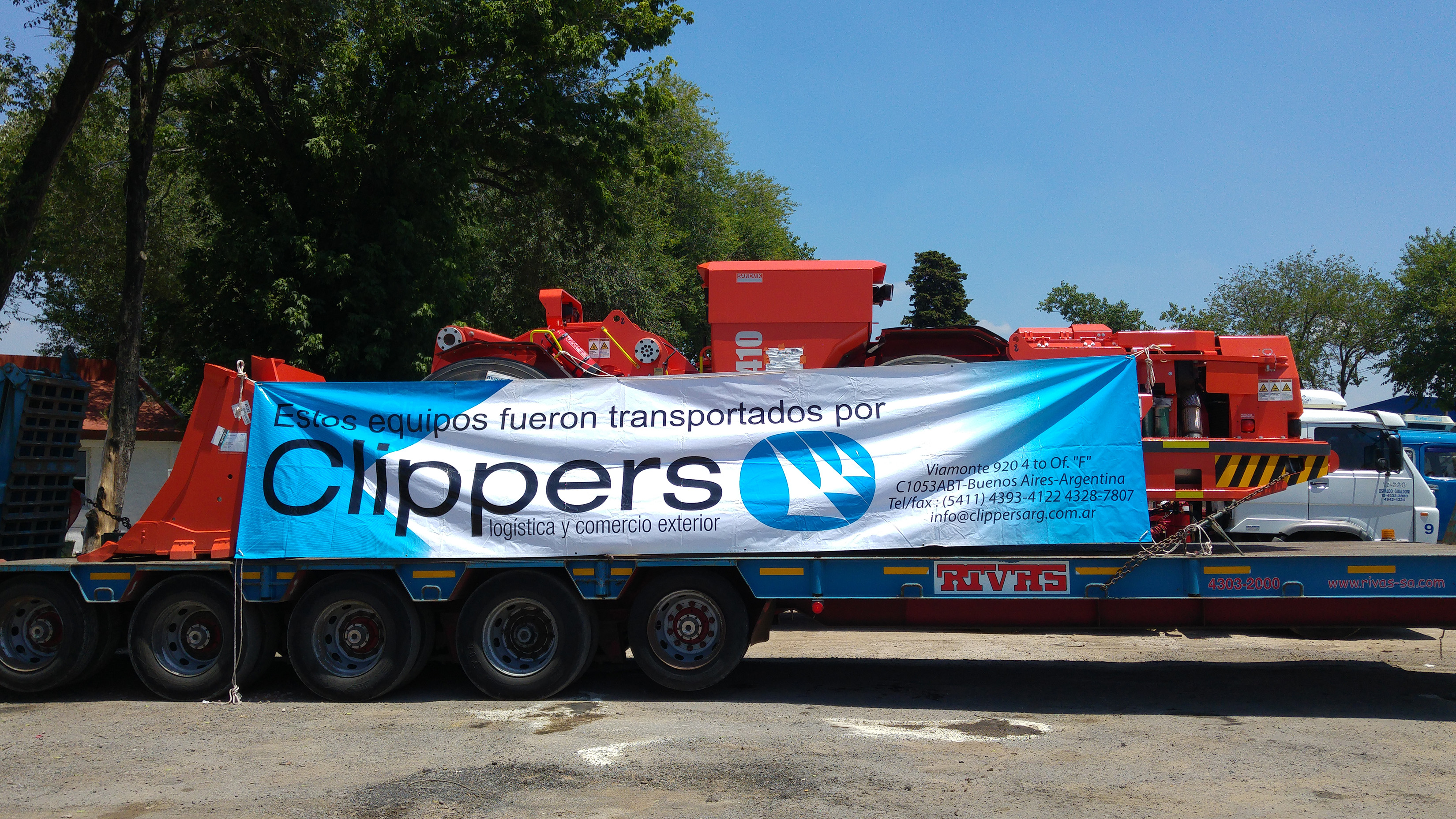 Clippers worked with Buyers Scandinavia on the shipment of large mining vehicles from Finland and Sweden to Argentina.

Clippers Argentina won the private tender created by the local branch of the bank to act as its logistics services provider for imports financed by it, explained the forwarder's logistics and projects manager, Federico Boettner.

As well as the remoteness of the final destination, Clippers Argentina also had to contend with a tight timeframe for the job and some very specific requirements as laid out by the mining company. Shipping began in November, with final delivery having to be made early this year, and though coming from different destinations, both consignments had to arrive pretty much simultaneously to meet the challenging timeframe.

Clippers Argentina turned to its IFLN partner in the Nordic region, Buyers Logistics Scandinavia, which has operations in both Sweden (based in Gothenburg) and Finland (based in Helsinki). Together, they coordinated the shipment of a wheeled loader (an Atlas Copco Scooptram ST7LHD, or load, haul, dump vehicle) designed for underground applications from Wallhamn, Sweden, and a Sandvik LH410 wheeled loader from Helsinki, Finland.

The pick up of each of the vehicles was planned in Sweden and Finland such that both pieces of equipment would reach the Belgian port of Antwerp at the same time. They were then loaded on-board ship for Zarate in Argentina, where, they could be unloaded and released by Argentine customs in tandem.

Finally, the two vehicles were loaded onto low-loaders and transported by road over approximately 2,000 kilometers, the last 250 kilometers of which lay high in the mountains; their final destination, the mine located 3,980 meters up in the middle of the Andes. The decision was taken to move the heavy cargo after the hustle and bustle of the New Year, a time that also sees restrictions in place for trucks and low-loaders moving on roads in the holiday period.

Delivered to the mine in northern Argentina's Jujuy province before the deadline as planned, the result was "total customer satisfaction," Miranda noted. "All this was made possible thanks to careful pre-planning, extensive knowledge of the requirements of the local market and the excellent assistance of our IFLN partner in Sweden and Finland, Buyers Logistics Scandinavia." 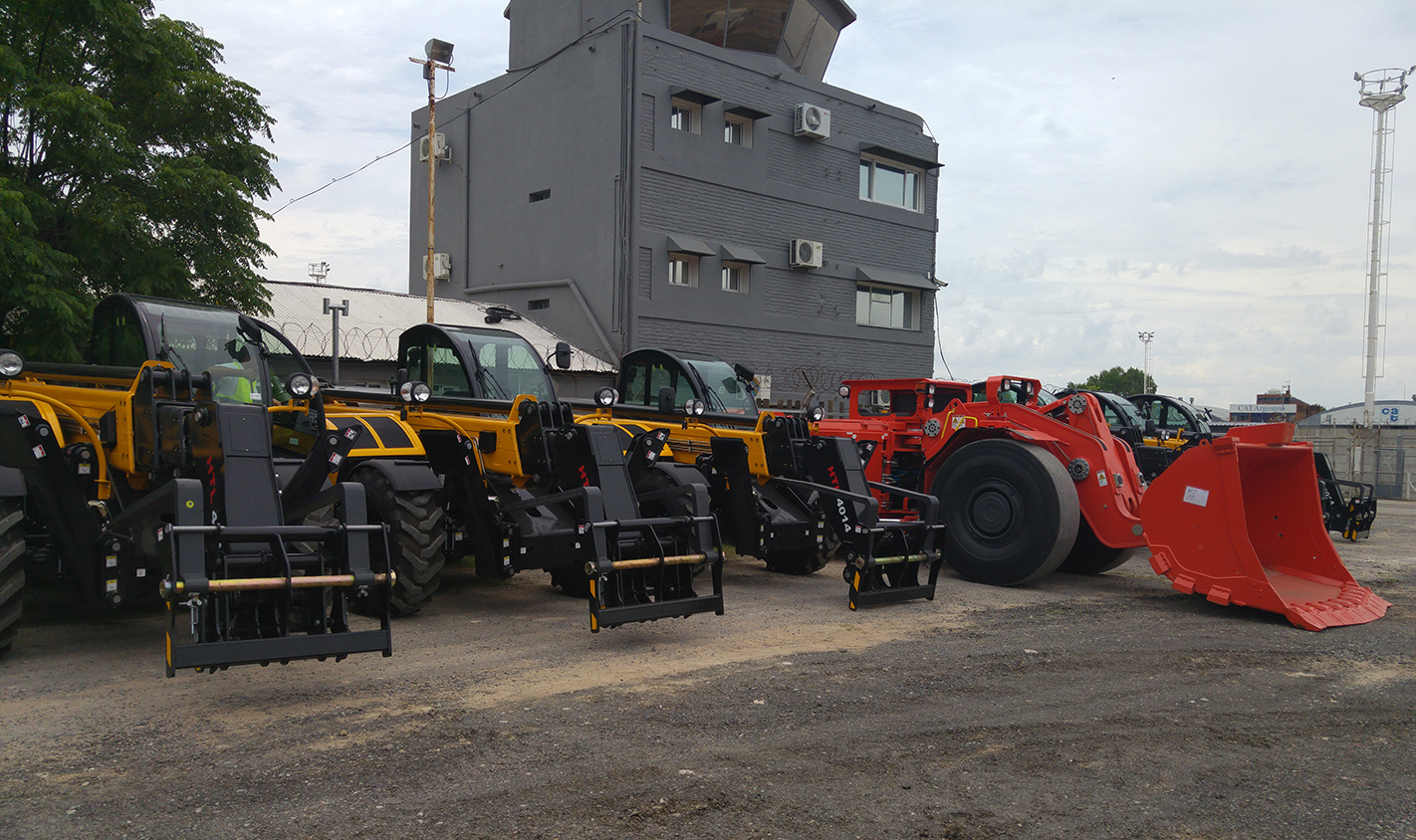 Clippers worked with Herport France on the movement of 10 aerial workplatforms (telehandlers) from a factory near Lyon to Buenos Aires.

"We are totally satisfied with their proactive collaboration," added Boettner of the assistance of Buyers Logistics Scandinavia, also pointing out that a third shipment for the mine is also to be handled with the help of the IFLN member partner.

Herport Helps Out
Clippers Argentina also recently handled a major shipment for another Argentine bank, in this case Banco Supervielle, one of the forwarder's first customers, with the help of another IFLN cargo agent. The bank required the shipment of 10 aerial work platforms (telehandlers) from France to Buenos Aires.

Clippers Argentina received and processed the necessary documentation in September 2015, while the telehandlers had to arrive on-site at final destination no later than December 31. Clippers Argentina worked closely with Herport in France from October on the job.

It was decided to pick up the out-of-gauge cargo immediately after the last of the telehandlers had been produced in early November, in order to catch the next ro-ro vessel sailing from Antwerp to Zarate in mid-November. Herport arranged the movement of the telehandlers from the manufacturer’s factory at L'Horme, near Lyon, to Antwerp on low-loaders. Herport also secured the necessary road permits from various authorities for the carriage of over-dimensional cargo, port entry formalities, customs export formalities and shipping documents.

Miranda noted that this road transportation was carried out very much against the clock, since the production of a number of the telehandlers was so near to the required shipping delivery deadline.

The valuable cargo arrived in Zarate in early January 2016 and, upon arrival at the port, the telehandlers were moved once again on to low-loaders for their drive to a private bonded warehouse, where customs inspected and released them. Finally, they were moved once more on low-loaders to the client’s premises and final destination.

There was always something to think about, something to do, for this time-constrained shipment, Miranda observed. But action is what characterizes IFLN members, he pointed out. "That is why we value the partnership with Herport, which lived up to the occasion to successfully carry out this project."

"We have performed several jobs with Herport, always with good results," Boettner said. Its proactive thinking is just one reason why Clippers Argentina was once again more than happy to work with its IFLN Network partner.