Two IFLN cargo agents, located on opposite sides of the Atlantic Ocean, collaborated recently on the shipment of six outsize and heavy power generators all the way from Europe to the Patagonia area of Argentina. 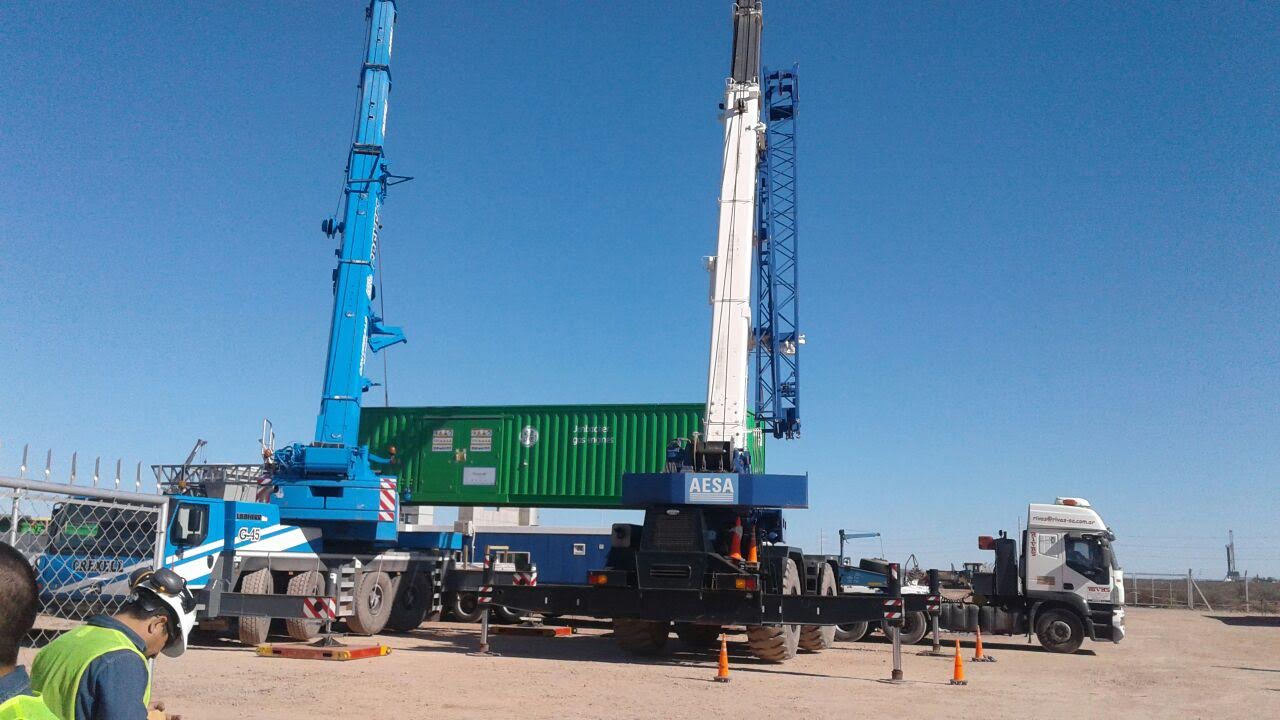 Each stage of the journey for these outsize shipments had to be carefully planned and executed.

The GE Jenbacher JGC 420 generators – each weighing approximately 30 tons and valued at almost 1 million Euros – were to be moved from Hungary to the shale oil and gas field at Vaca Muerta. Considering the dimensions of the outsize cargo and the specific customer requirements relating to the movement, Clippers’ initial thought was to move the consignment from the European port of Antwerp (following their move by road to the port) as breakbulk cargo. However, explains Clippers Argentina’s managing director, Captain Jorge Miranda, the decision was quickly taken – in consultation with the shipper – to separate the cargo into three separate consignments shipped in consecutive weekly batches.

Each shipment of two generators was moved in shipper-owned containers (SOCs) – 13 by 3 meters in size – from Antwerp onboard a CMA CGM vessel.  Captain Miranda explains, “Due to the value and kind of special cargo, Clippers negotiated a special agreement with CMA CGM Shipping Line to make a type of partial (hold) charter in a Regular Liner Container vessel – unusual in this traffic – in order to provide a weekly sailing in the three-week time frame where we have the space only for these sailings.” While the change in tactic required renewed negotiations with the shipping line, better rates were achieved as three separate shipments than had been possible with a single movement as breakbulk.

The customer also requested sensitive measuring and recording instruments be present in order to guarantee the integrity of the shipments, and so each individual cargo benefited from the presence of shock sensors.

In order to supervise and co-ordinate all aspects of the first shipment, Captain Miranda travelled to Antwerp, accompanying an YPF executive in his inspection of the cargo prior to the move across the ocean.

Moreover, at Antwerp: “We had the experience and assistance of Broekman Logistics Belgium’s staff who demonstrated their wide knowledge and versatility in this type of cargo,” Captain Miranda points out. 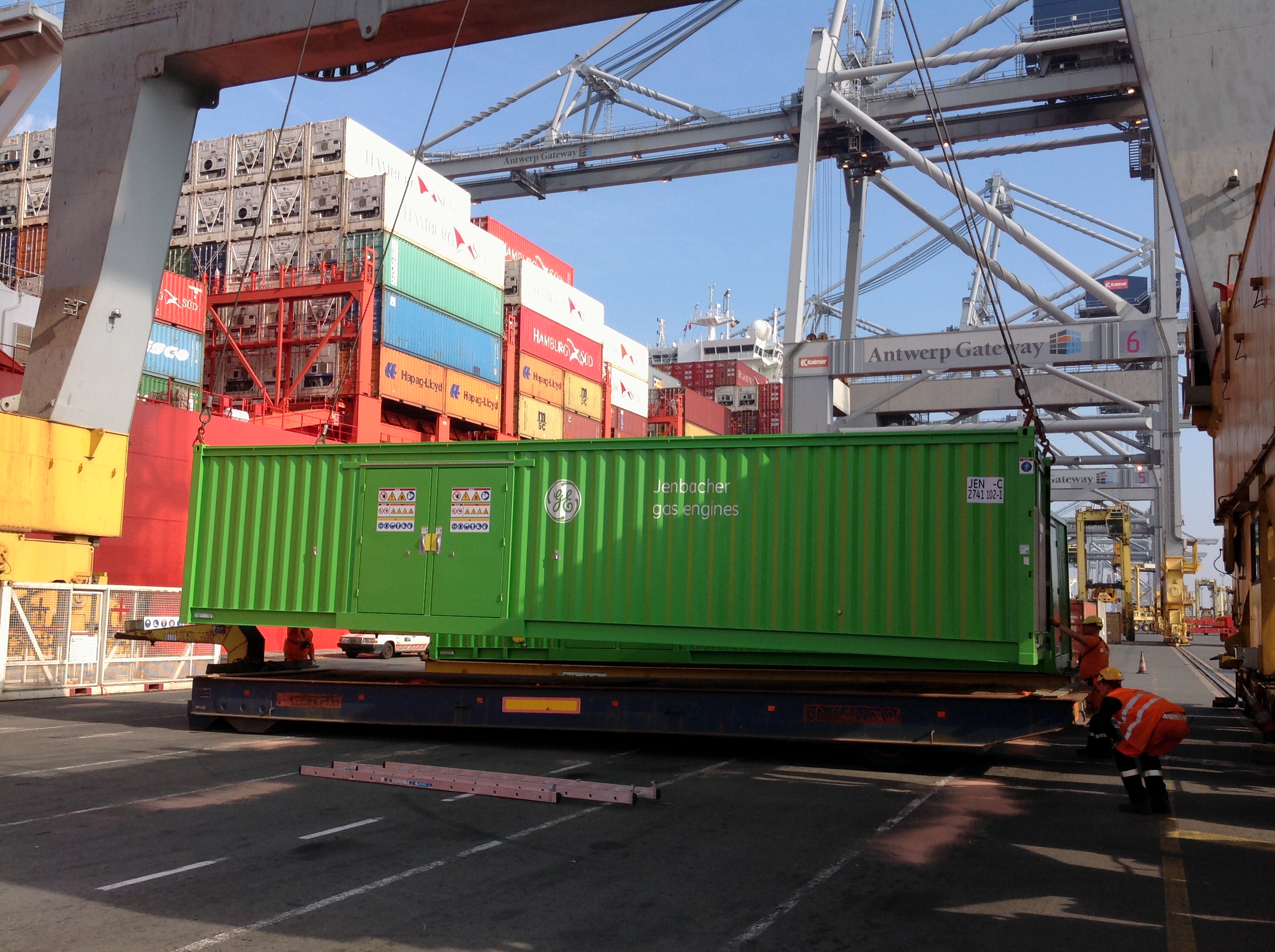 Broekman Logistics oversaw the handling at the port of Antwerp.

The View from Europe

“Clippers contacted Broekman Logistics because of our knowledge and experience of handling project cargo,” he explains. Once the co-operation was quickly agreed, Broekman Logistics coordinated the transport at the Antwerp end of the operation, and the cargo’s loading onboard m/v Cap San Antonio for the journey across the Atlantic to the Argentine capital.

“YPF was very satisfied with the operations and the expertise of the Antwerp cargo terminal handlers in the handling and loading of the out-of-gauge cargo,” Changoluisa recalls.

Once the containers arrived safely at Buenos Aires (and the shock sensors showed that the generators remained in excellent condition), they passed through the necessary Customs procedures before being transported in specialized equipment to their final destinations: various oil and gas sites operated by YPF in northern Patagonia. Clippers coordinated the discharge of the breakbulk cargo from the container terminal using a special type of lifting device that had the capacity to unload the massive goods within five days to avoid the hefty port charges in Buenos Aires.

“The shipments were made possible thanks, among other things, to having partners like Broekman Logistics in the IFLN Network, and our mutual capacity to respond to the increasingly demanding requirements of our customers,” Captain Miranda observes.

As we have seen, the cargo arrived in good condition in Buenos Aires, where Clippers took over the handling and transport of the cargo for final delivery. Transporting the shipments to their final site required a special low body truck with pneumatic axels to avoid vibrations during the long haul to the Patagonian oil field. Not without challenges, Clippers and their fellow partner, Broekman Logistics, met the shipping schedule arranged with YPF and now consider this experience an assurance for future partnerships.

“The success of this shipment by the two IFLN partners was only possible due to good communication, high-quality service and the knowledge and expertise of those involved in moving and handling project (out-of-gauge) cargo,” Changoluisa concludes.