Using the Force of Collaboration 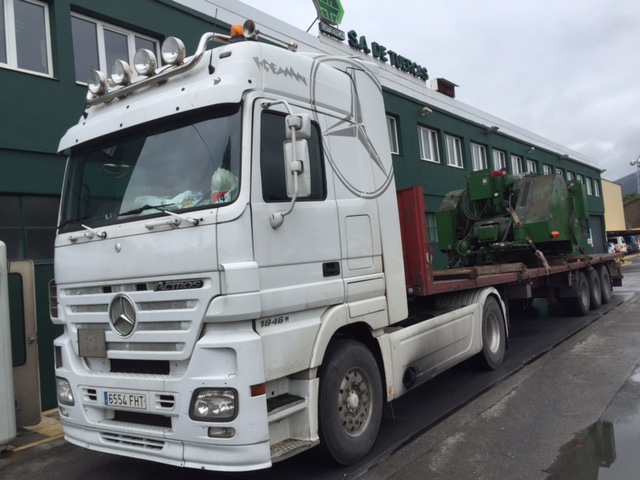 This out-of-gauge machinery, shipped from Bilbao to Nhava Sheva, is used within the automotive industry.

One such mission saw Force Logistics collaborate with German partner Red\Line Spedition & Logistik on the shipment of an out-of-gauge item for the automotive industry. The cargo was shipped in a 40 foot flat rack container from Hamburg to Nhava Sheva. While Red/Line handled the cargo pick-up, lashing and securing for sea; upon arrival in India, Force Logistics oversaw import clearance and the delivery of the machinery to the end customer.

Nhava Sheva, India's busiest container port, was also the point of entry into India for an over-sized automotive shipment moved from Naples. Partnering with Force Logistics, Italian member MATRAS played a key role in coordinating with the Austrian-based shipper and its Italian partner, explained Force Logistics director Girish Joshi, as well as handling such tasks as the freight pick-up and lashing for the voyage. Because of the safe and timely delivery of the cargo, further projects were awarded as a result, which should be launched by the end of June 2015, Joshi explained.

Another recent job saw a 40-ton piece of machinery used within the automotive industry moved from Barcelona in Spain to Nhava Sheva by Orey Shipping, working in collaboration with Force Logistics. "This project was again handled very capably thanks to fantastic communication between all parties," Joshi noted, "as a result of which the customer awarded another project (to us)."

That task will see over-dimensional cargo moved by Orey from Bilbao into the hands of Force Logistics in India. This time, a 40 foot flat rack will be used to move the 40-ton shipment from Bilbao to Nhava Sheva. As usual, said Joshi, Orey is handling the shipment in a "highly professional manner."

Clearly, for some sensitive shipments, Force Logistics is working extremely well with a number of IFLN partner agents, and all appear to be benefiting from the results.