Buenos Aires based IFLN cargo agent Clippers Argentina recently handled the South American end of a very challenging movement of an out-of-gauge shipment between Kaoshiung, Taiwan, and the Argentine capital. The piece in question was a complete CNC Horizontal Machining Center weighing in excess of 23 tons and measuring approximately 3.7 meters in length and 3.9 meters in height. 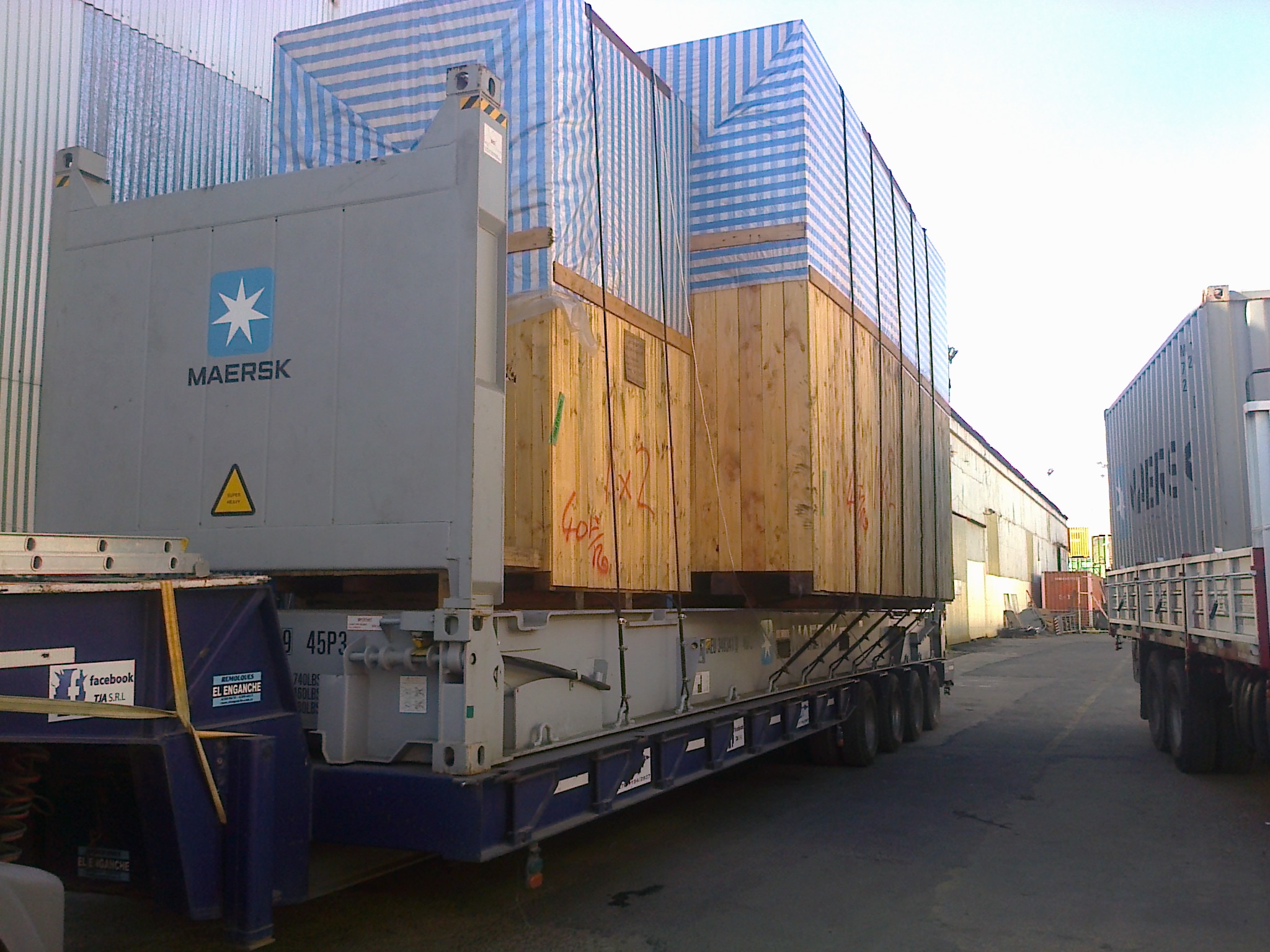 The outsize Horizontal Machining Center was moved on a 40 foot flat rack to a bonded warehouse close to the terminal at Port of Buenos Aires.

Based in Taiwan, Beacon International Express Corporation was the IFLN member who handled the initial movement of the shipment. Beacon oversaw the loading of the machining center onto a 40 foot flat rack, as well as its trucking up to the port terminal in Kaohsiung for loading onto an ocean-going ship. In late April, the vessel sailed via Singapore to Buenos Aires.

Arriving in Buenos Aires in June, the oversize cargo had been at dock and sea for nearly 50 days, and was transferred to a bonded warehouse near the terminal, in which customs clearance was performed. Thanks to all the necessary preparation that was taken, the formalities passed quickly and the cargo was soon ready to move once more.

However, the trucked 40 foot flat rack containing the machinery would not pass under either of the two bridges on its route to the final destination inland. Unfortunately after the out-of-gauge cargo had been stripped from the flat rack and placed on a low-loader in large wooden cases, the consignee, a local oil drilling pump producer, advised Clippers that it would not be able to receive the goods on its premises at that time. In order to avoid the high storage costs of the bonded warehouse, the machinery was instead trucked to a private warehouse chosen by the consignee. 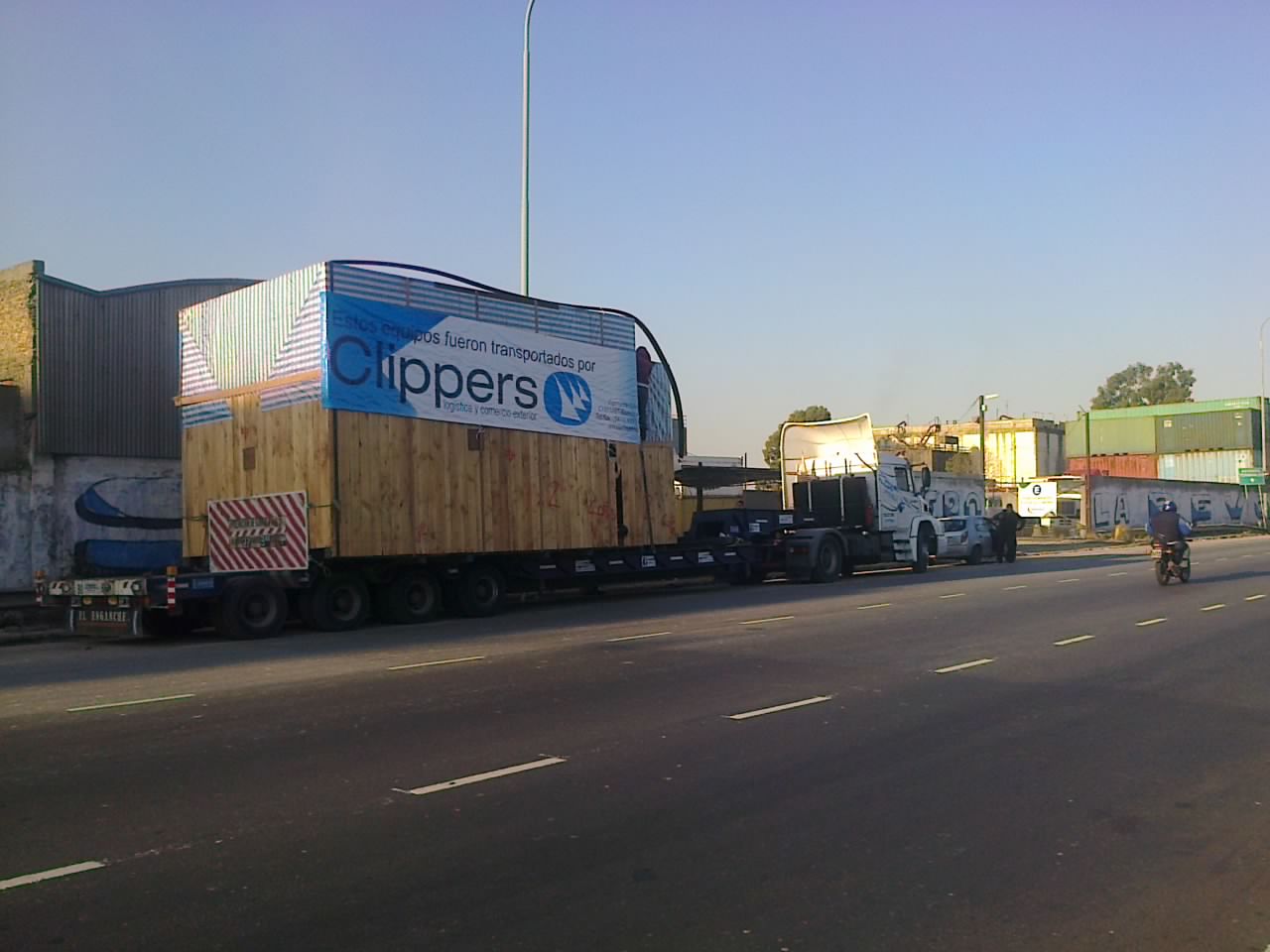 The low-loader was unloaded by a 50 ton crane once it reached its final destination, and outside of the plant the street had to be shut down to accommodate the heavy machinery.

Then, Boettner notes, when everything was again ready for the equipment to be trucked to the consignee's premises, the customer realized that there wasn't the appropriate specialized personnel and equipment available for the unloading of the shipment, the disassembly of the machinery from the large cases in which it was safely moved and the transfer of the cargo into the factory.

Reacting quickly, skilled manpower, a 50 ton crane and all necessary equipment for the transfer of the machinery into the plant were hired. Special route permits for the drive to the consignee's premises, as well as permission to shut down the street outside of the plant to allow the unloading of the cases were obtained from the relevant municipal authorities in just a few hours.

The low-loader trucked the big cases to the final destination with the help of a police escort. The crane then unloaded the wooden cases from the low-loader onto the street, where the machinery was unpacked and moved on rollers into the factory. Last but not least, the machine was assembled and readied for operation, Boettner says.

Despite all the challenges, the machinery was safely delivered in August, on schedule, to the stipulated cost and satisfaction of the client, Clippers' president, Jorge Miranda concluded, to the credit of both Beacon International Express and Clippers Argentina's staff.