This fall, Spanish cargo agent Orey Shipping arranged the shipment of a compressor from the U.S. to China on behalf of Dresser-Rand, one of the world’s biggest suppliers of rotating equipment used in the oil, gas, petrochemical and processing industries. In charge of the shipment as a whole, and with pieces varying in sizes, the largest weighing nearly 87 tonnes and measuring 13.9 meters long, 4.3 meters wide and 3.9 meters high; Orey turned to fellow members to play key roles.

Highland looked after the trucking of the cargo within the U.S.

In September and October this year New Hampshire based member Highland Forwarding, looked after the transport of the compressor from Olean, New York, via Camden, New Jersey, to Shanghai. Highland arranged trucking within the U.S., port operations at Camden, relevant surveying and the ocean shipping to Shanghai. Highland’s president, Radek Maly explained, "Originally we planned to board the vessel in Philadelphia. But while our truck was in route we were notified by the port that their heavy-duty crane broke down and the truck could not be offloaded."

Thinking quickly, Highland quickly secured additional permits for New Jersey and rerouted the truck to the port of Camden (three miles away across the river), where the same Chipolbrok vessel was also docking. “There’s nothing like perfect pre-planning but when things go wrong, sometimes a little bit of luck, and a lot of hard work, will help!” Maly pointed out. 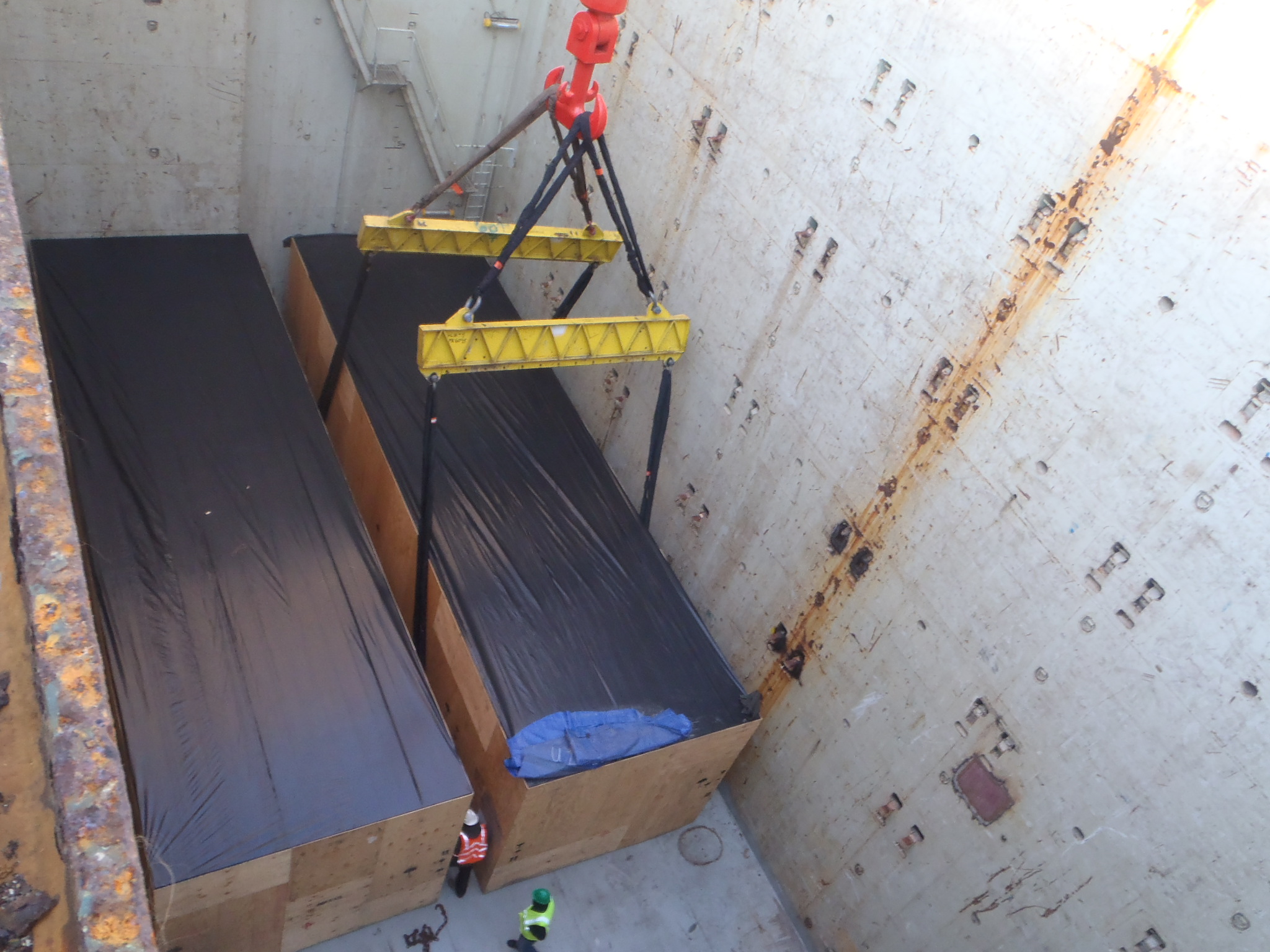 The valuable consignment moved by ocean from the U.S. to Shanghai, before transferring to barge for onward transport to Chongqing.

The final leg of this shipment was carried out by The Regency Express Co., and the cargo was moved on a barge upriver, from Shanghai to Chongqing. "This was complicated with not an easy destination up the river at Chongqing," remarked Pedro Garay director of projects for Orey. "Being a part of IFLN gave us the unique opportunity to work with colleagues we trust in origin and destination, taking for granted that if anything goes wrong, they will react as if the cargo belongs to them, solving the situations and keeping costs under control." 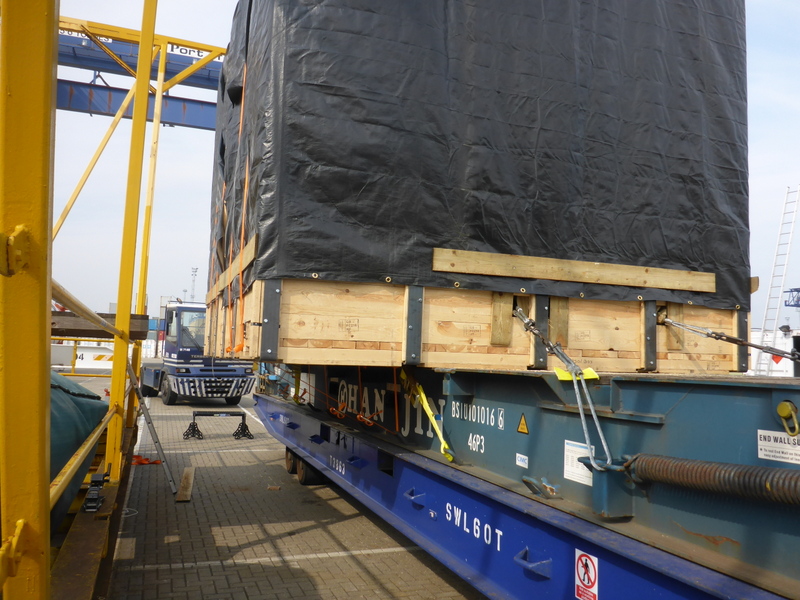 Key Cargo opened holes in the packing to allow for additional securing and lashings.

Across the Atlantic, another IFLN Network member, Key Cargo International, joined the shipment as an additional outside load for the consignee needed to be moved from the English port of Felixstowe to China. "Key Cargo did a remarkable job in the U.K. by opening holes in the packing for additional securing and placing tarpaulins and remarking per last minute requests," added Garay.

Key Cargo handled the movement from Felixstowe to China where the Regency again took over. The final leg of the 30-tonne out-of-gauge load’s transport to Chongqing was successfully delivered by the Regency on November 30.