IFLN members from the U.S. and Lithuania have offered an interesting insight into the challenges of moving a unique shipment from the U.S. to Russia, while illustrating the benefits of network partners collaborating to ensure a successful result for all concerned.

The cargo in question consisted of diving and filming equipment wanted by the National Geographic Society for scientific work that it was conducting in the Barents Sea with the approval of the Russian Ministry of Education and Science. The shipment originated in San Leonardo, California, and was shipped out of New York for St. Petersburg by MSC Mediterranean Shipping Company, as organized and arranged by the Baltimore-headquartered full service transportation provider, and IFLN member, Cargo Logistics Group. 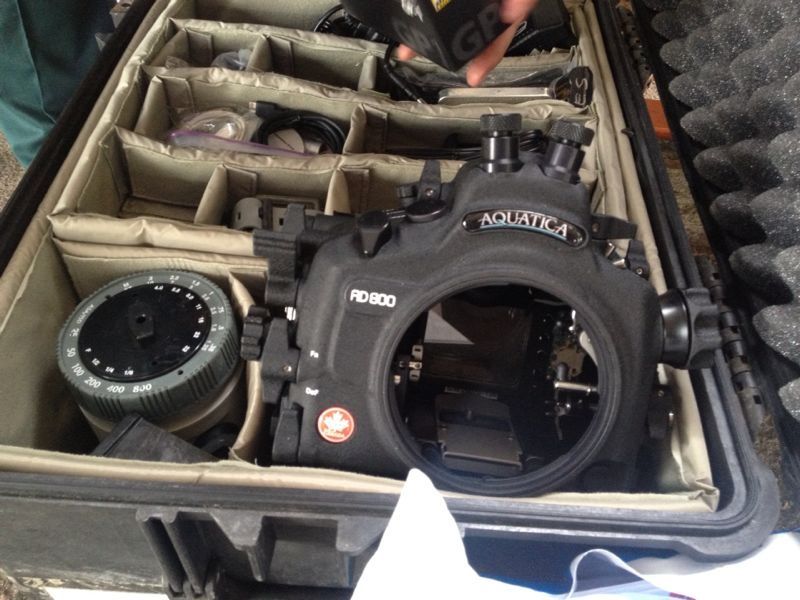 Some of the extremely valuable National Geographic equipment that had to be shipped so carefully to Murmansk.

Indeed, as its director of operations, Brandon Hart, explained, Cargo Logistics Group was responsible for coordinating all transportation, logistics, documentation, customs clearance and communications, acting as the National Geographic Society's primary freight forwarder for the project. He noted that the project was particularly challenging given the large number of different items being transported, as well as the nature of the expedition and its location.

Moreover, as Hart pointed out, most shippers don't fully understand the degree of accuracy and detail that is needed to process cargo through Russian customs. It was here that fellow IFLN member, the Vilnius-based UAB High Logistics, a forwarder specializing in moving cargo from Europe, Asia and the U.S. into Lithuania, Russia, Belarus and Kazakhstan, came into its own. High Logistics director Tadas Mazeika explains that the initial documents it received were not in the correct format that Russian customs required, the latter requesting new documentation with only a few days left before the expedition was due to leave Murmansk. Thinking quickly, Mazeika and his team applied to the U.S. embassy in Moscow and the consulate in St. Petersburg for assistance.

The necessary amendments to four ATA Carnets were then quickly made and import permissions secured, the temporary international customs documents allowing the various pieces of equipment to enter the port at St. Petersburg, before then being trucked onto Murmansk and the National Geographic vessel.

The valuable cargo's return trip was once again via St. Petersburg, with some of the urgently needed equipment then being flown to Baltimore while the remainder went by sea as containerised cargo to Oakland. Again, the help of U.S. embassies was much appreciated, and all the cargo was delivered back to National Geographic both on time and damage free.

Achieving deliveries according to schedule was no mean feat. The container arrived in St. Petersburg port on July 3, and was in Murmansk, right on time, before the end of the month. The cargo was back on its way by the beginning of September after the expedition had been completed.

Mazeika said it was a case of "professional teams working under extreme circumstances," while Hart noted that, "We would not have completed the project without the assistance of Tadas and High Logistics," adding that their tremendous knowledge of Russian customs and documentation was "invaluable."